A clan is a social group made up of a number of distinct branch-families that actually descended from, or accepted themselves as descendants of, a common ancestor. The word clan means simply children. The idea of the clan as a community is necessarily based around this idea of heredity and is most often ruled according to a patriarchal structure. For instance, the clan chief represented the hereditary “parent” of the entire clan. The most prominent example of this form of society is the Scottish Clan system…

Historical recordings of the name Gillies include many spelling variations. They are the result of repeated translations of the name from Gaelic to English and inconsistencies in spelling rules. They include Gillies, Gillis, Gillie, Gilly, Gilles, Gillieson and many more.First found in Lothian, where a member of the family was a witness to the charter, by King David I, to the Abbey of Holyrood. In 1160, Vhtred Gilise inherited the estates in Lothian. It is also recorded that M. filius Gilise, who was a close confidant of King Malcolm IV of Scotland, was witness to a charter signed at the Abbey of Scone in 1164.

Gillies is a Gaelic surname, derived from ‘Gille Iosa’ – servant of Jesus. When it first became popular to use fixed surnames, many of those who chose the surname did so because they were religious, and others simply because they were Ghillies (gamekeepers).

It stands to reason therefore that there were people with the surname Gillies spread throughout the Gaelic speaking (mainly north and west) parts of scotland, many of whom were completely unrelated. It is for the above reason that genealogists accept that whilst clans did of course exist and the clan itself took the name of the Clan Chief, the individual members of the clan themselves would have been known by many different surnames (which if you go back far enough was not even passed on from father to son).

So if you’re a Gillis or Gillies, then that’s what you are. Never a sept of the MacPherson’s or anyone else.

The Gillis family has been documented as existing on the Isle of Skye since at least the late 13th, and early 14th century. According to ancient sources, they were once a very powerful family there. It was their misfortune to possess the lands of Strath on Skye in the middle of Skye – which happened to lay straight between the Macleods and the Macdonalds. Although there is no documented evidence that the Gillis warred with either one of these two clans at any one particular time in history, there is no doubt, that being a much smaller clan, they would have been forced to choose sides in the Macleod Macdonald feuds. Little by little, their lands would have been given away as doweries to Gillis daughters, in an attempt to keep the peace with their neighbours through marriage.

Elias, or Gillies was the 1st of Invereshie, and he lived in the reign of Alexander Macdonald III Lord of the Isles circa 1376. Since according to the Mackinnon manuscript, there were Gillis already on Skye circa 1314 a.d. it is not likely that our Skye Gillis sprang from that same Elias Macphersons on the Mainland.

Of Gillis on Skye, the Macleod Manuscript says this:
Malcolm MACLEOD (III of Gesto) SOURCE: Rev. Dr. Donald MacKinnon and Alick Morrison, THE MACLEODS: THE GENEALOGY OF A CLAN, Section III, Edinburgh, The Clan MacLeod Society, 1970, p. 265. Malcolm, according to the pedigree of Captain Neil MacLeod, married a daughter of Gillies, a great Skye chief, and in consequence received the lands of Gesto as her tocher or dowry. These lands extended from Leabaidh an Tuirc and Allt Coire Usg in Drynoch to the water of Scallisaig in Struan.Malcolm was married, with issue, at least a son, Murdo, who succeeded.

If our Gillis were a powerful family on Skye possessing much land there as early as the late 13th century, then it is a certainty that they were not latecomers to Skye, nor were they descended from the Macphersons on the mainland. Much more likely it is, that they came with the Norse invasion of the Hebrides a few centuries previously.My own theory, is this – Clan Donald, from whence comes the surname MacDonald, means the “Children of Donald” – the descendants of Donald, the Hebridean King living in the 1200’s. His grandfather, the mighty King Somerled, was Celtic Ruler of Argyll, before conquering the South Isles from his wife’s family of Norse Sea-Kings. During the 14th and 15th centuries, the MacDonalds, as Lords of the Isles, were at the height of their power and the principle champions of Gaelic culture. They also held Ross-Shire and most of Inverness-Shire under the title of the the Earls of Ross. While there are often only four officially recognized Macdonald Lords of the Isles, the history of this reign actually stretches back another 7 generations to one Gilledomnan (or Gille Adomnan) who was married to the heiress of Godfrey McFergus, Lord of the Hebrides who died in 853 A.D. The McFergus branch of the old royal family had stayed in the Western Isles of Scotland to do battle with the invading Vikings who had begun attacking the Western Isles in 793 A. D.Gilledomnan took refuge in Ireland to seek military support. While there, his daughter married Harold Gillis, King of Norway in an attempt to bring peace. His son, Gillebride, returned to the coast of Scotland and took shelter in caves near Dunadd (the old center of Dalriadic rule) from which he fought the Vikings. He married a Viking woman and they had a son, Somerled born 1100-1164, who was to become one of Scotland’s greatest heros and the progenitor of the Clan Donald and the Lords of the Isles, as well as other Highland Clans.Returning to Gilledomnan and his Celtic side – as stated earlier he married the heiress of the marital union of Godfrey McFergus and the daughter of Alpin. Godfrey was Prince of Oriel. Alpin was King of Argyll. Whether Gilledomnan was predominately Celtic or Viking is unknown. He was very highly regarded as his daughter married Harold Gillis, King of Norway. His wife’s ancestor was Alpin, King of Argyll, who was the son of Eochaid, King of Argyll c. 781 who was married to a sister of Unuist, King of the Picts. This was the beginning of the union of Scots and Picts into the kingdom of Scotland. Later they were officially joined under Kenneth McAlpin.

It seems therefore more than likely, that our Gillis ancestor on Skye was a Norse Princeling who came to Skye with the Norse invasion forces of King Harold Gillis. When peace came through the marriage of Gilliedomnan’s daughter and King Harold Gillis, our Norse Princling would no doubt have remained on Skye, and founded the Gillis line there. In order to acquire the amount of land he evidently originally had, he would have to have been of very high rank, perhaps even a son of the Norse King Harold Gillis. Thusly, this daughter of Gilliedomnan would have been sister to Gillibride, who was Gilliedomnan’s son, and founder of the Macdonalds on Skye. (Gillebride had son Somerled who married Raginhildus) Likewise the Macleods of Skye are descended from the Norse, according to their history. Their progenitor was Leod, son of Olave the Black, King of Man. Olave the Black had married Christina, daughter of Farquhar, Earl of Ross. Their son Leod was born about the beginning of the 13th century, and succeeded to Man and the western Isles in 1223. This Leod married about 1220, the only daughter of a Norse Potentate named MacHarold (MacRaild), and as her dowry, he secured Duirinish, Bracadale, Minginish, Lyndale, and much of Trotternish. It seems logical to believe that this Norse Potentate with the name of “MacHarold”, was in fact, a descendant of the original King Harold Gillis of Norway, since “Mac” means “son of”. – i.e. “Son of Harold”. According to “A History of Skye”, Alexander Nicholson says on page 16, that “Leod’s father in law MacRaild, was a Norse noble, whose seat is traditionally said to have been on the site of the present castle of Dunvegan. He is referred to in the older writings as MacRaild Armunn, the cognomen signifying his office of chamberlain or tax gatherer to the Norse jarl.”

In later history, Alexander Nicholson notes in his “A History of Skye”, that one of the Macleods there “married a daughter of Gillis, who was a noted warrior on Skye”. This Macleod was given as part of her dowry, the lands of Gesto in Skye, and the Macleods thereafter came to be known as the “Gesto Macleods” thereafter. The Macleod he would be speaking of would be Malcolm Macleod, s/o Norman, s/o Murdoch, s/o Malcolm the third chief of the Harris Macleods. We know this Murdoch Macleod was born circa 1332, so allowing approximately 60 years for the next two generations, one would assume that the Malcolm Macleod who married the Gillis heiress, would have been born circa 1392.

There is also mention of an early Gillis clan in the Mackinnon history. The Gillis once owned the lands of Strath in Skye as well, sometime circa 1314 a.d., – they were considered to be a very powerful family there. At that time the son of the Mackinnon chief was being fostered by the Gillis chief as per old Highland traditions. (They would “trade children” to cement the bond between their families, with each raising the other’s child.) The old Gillis chief had a son, who was his heir, and also a nephew. These two boys went hunting on the isle of Pabbay – which Gillis also appeared to own at that time, and perhaps the Isle of Scalpay as well, and some kind of altercation occurred, in which both boys lost their lives, living the Gillis heirless. The old man then left his patrimonial lands to his foster son, the son of the Mackinnon chief, and this is how the Mackinnons came to possess the lands of Strath in Skye, at least according to ancient Mackinnon documents.

via Gillies Family Crest and History. 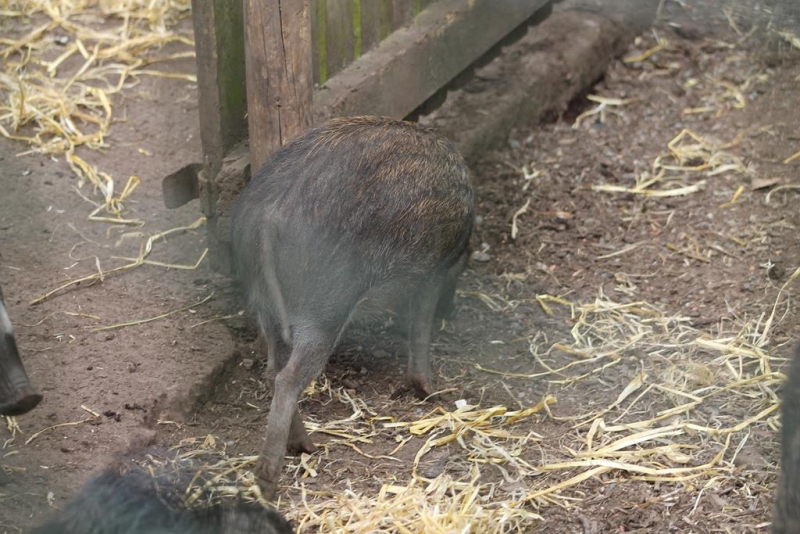